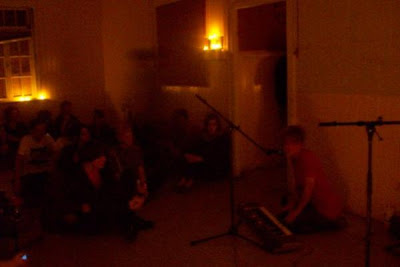 I first saw Scraps (aka Laura Hill) play about 5 years ago. It was in a large, now demolished warehouse in Woolloongabba. She was playing on a grand piano and her un-amplified voice was nothing but a terrified whisper. It was obvious that she wasn't used to playing her music in front of people. What immediately stood out for me though was the individuality of her songs - simple, painfully honest, heartbroken excursions into pop that I found completely unique. Songs that could take over the world if given the chance.


A few months later I saw her again and drunkenly declared my admiration, she offered to give me a CDR of her music and I awkwardly scribbled my address down on the back of a receipt. What arrived in my letterbox a week later was incredible, a burnt CD with no tracklisting, enclosed within a crudely stapled cut up page from a magazine. She had recorded everything alone in her bedroom. I listened to that CD everyday for freaking months.


Crippled by stage fright, Scraps didn't play again for a few years but my obsession with her music never really ceased and every time I saw her out I'd pester her to play live again. I'd show anybody who would listen the CD that she had given me. I was a complete pain in the arse.


Laura finally started playing regularly again in 2008, mostly house shows and the like, still under the radar of most. Scraps is one of those special artists that define Brisbane for me (along with Blank Realm, Meat Thump, Sky Needle, sure even bloody Slug Guts) - an amazing musical oddity hidden amongst a landscape of shit.

Note: These videos were all made by Scraps.
Posted by Matt Kennedy at 8:42 PM 1 comment: 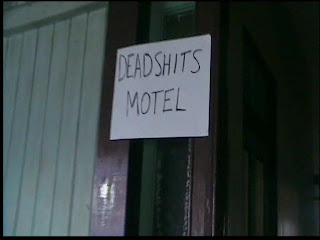 An afternoon BBQ show that happened at my place the day after the first Deadshits Festival. Everyone drank away their hangovers, hung out on the stoop and ate meat. At the moment I'm making a documentary on the Deadshits Festival so I won't put footage from that up just yet.

And as always, great live recordings of this show and others can be found at Turnitupto10.

Pat from Bitch Prefect made the first video here from his own footage of the day, mixed with audio recorded by Turnitupto10. Like all his other videos, it's awesome viewing. The second is just ya usual shakey cam footage from me (but the tune is great). 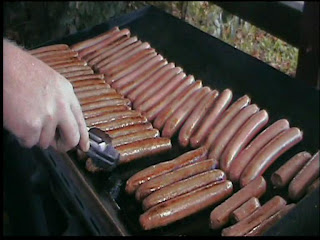 Posted by Matt Kennedy at 6:06 PM No comments: