Epic Sunday house show at Thrill Hill - good bands, messy vibes, classic Brisbane etc. it was nice to share it with all the visiting Sydney people.

I wasn't able to get footage of Kitchen's Floor but here's a pic: 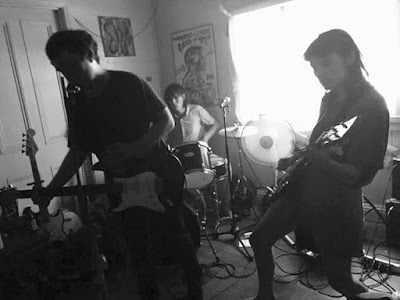 Posted by Matt Kennedy at 7:05 PM No comments:


Brick Brick host a somewhat impromptu house show at Thrill Hill, which is where the band began.  This was also the last time we'll play there as certain bricks move overseas, so you could say this was the final set in our little natural environment.  There was even an unplanned BENT reunion who played through a catalogue of some of their greatest hits.


Thanks to Glen Schenau for once again filming Brick Brick.


A surprisingly effective solution to any venue woes is to hire a rehearsal room for a couple of hours, charge $5 at the door and cram everyone in there.  Get on board the brrrrrrrrrrrr* Bowen Hills train cause we're going to Via Studios.   A couple of weeks ago I posted about Soot but the footage was really dark and like most of the stuff on this blog, basically unwatchable.  Not this time damnit, the lights stayed on and Soot were awesome.

Things got BYO messy and I didn't film the other bands but Hexmere were sickkkkkkkkk.

*weirdly cold for Brisbane in early May.

Posted by Matt Kennedy at 10:29 AM No comments:


A free Saturday night show at the quite popular Netherworld Arcade Bar (formerly The Step Inn and The Underdog).  This was an album launch for Sydney's Tim & The Boys with Brick Brick and Binlicker supporting.  The venue was packed to capacity which made navigating around a bit of a mission and it was also practically impossible to get a turn at Daytona.  The complimentary food and drinks were excellent however and generally it was pretty darn fun.

Brick Brick's 4th show and I thought we done alright.  Thanks to Daniel Grosz for filming.

Another fine example of new Brisbane music, Binlicker were great.  Half the band gimped it up and Shan dressed as his favourite Street Fighter character.

Posted by Matt Kennedy at 12:20 AM No comments:


Fun times in Nambour at everyone's favourite place to go The Time Machine.  Besides providing all your vinyl/VHS/Sega needs, they were also kind enough to put on this donation entry afternoon show.

Our 2nd Brick Brick show and I thought we done alright.  Thanks to Glen for filming.

Real nice set from The Goon Sax.  While putting this blog post together I discovered they have their own darn Wikipedia page.  I tried to make one for Kitchen's Floor awhile back and it got rejected because they said we weren't important enough or something so uh, well done Goon Sax.

New band up from Melbz, Bloody Hell features Michael of Centre Negative fame and Joel of Men With Chips/Body Horror fame.  Brisbane's own Glen Schenau filled in on bass duties at the last minute.  He learnt all their songs while on the train to the show.

After the show at The Time Machine we all waddled on to the train back to Brisbane where there was an impromptu house show at Thrill Hill.  Soot, one of Brisbane's finest new bands, took this dark little lounge room full of bleary eyed goon-kidz by storm.

The night before was a show at Ric's with Pious Faults/Dez Thretz/Eyes Ninety/Centre Negative & Collapsicon.  Centre Negative from the mystical land of New Zealand played a great set, I spotted a few general randoms who wandered in looking a bit confused and annoyed by it all which was a laugh.  The crowd still demanded an encore though, and this footage is of that which is also a Chris Knox cover.  If only there were more shows at Ric's like this instead of the generic suburban rock stuff they've mostly been peddling the last few years.  Get back on the radar Ric's, like ya used to be.

It's 2018 and the immortal Brisbane houseshow is back.  Red Hill and the inner west is where it's at.  This was a really nice show on a Saturday afternoon turned evening, with Karli White up from Melbourne along with Manners/Blend 42 From Outer Space/Glen Schenau/Brick Brick & Terorist.  Here is a pic of Glen: 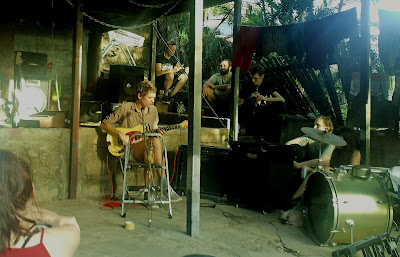 And here is Brick Brick, a new band I'm drumming in with Heidi (Bent/Scaredy Snake) and Phoebe fkn BMX with a guest appearance from Tristan (Cannon/Manners). Our first show! In Heidi's laundry! This song is called Monsters:

This one is called House Show Song (working title):

You reckon we did a Placebo cover? Course we fkn did.

Karli White was fantastic, Manners were sublime, Blend 42 was from outer space and Terorist was Teroristic.

Party on you redundant blogspot travellers.

Posted by Matt Kennedy at 2:47 PM No comments: 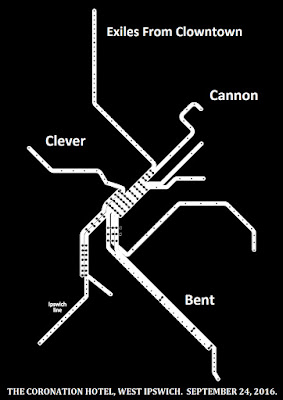 The last surviving vestiges of an interesting local RnR community decide to get outta the cringe-fuck heckhole that is Brisbane and drive the western highway to the desolate hellhole that is Ipswich.  This show was an experiment to see if Ipswich can mentally handle anything more than hardcore and the answer is no they can't but it was fun anyway.  The Coronation Hotel in West Ipswich is a fine establishment with reasonable drink prices and a classic no bullshit wake in fright pub vibe that I can't speak more highly of. 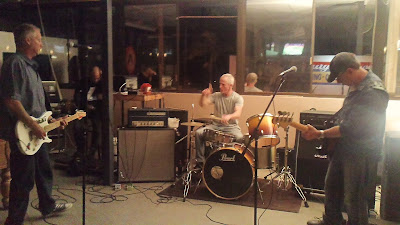 Ultimate SE Queensland cult band exiles from clowntown with their first live appearance in 18 months and by their own description "sloppy as fuck!".  Fuck their modesty it's fucking amazing. 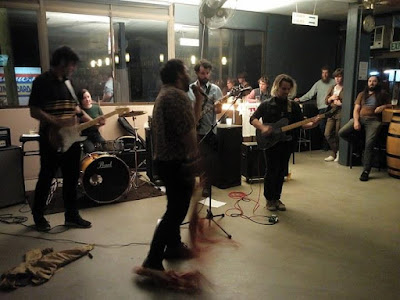 Cannon is THE band that keeps the party alive in Brisbane.  Most venues might be fading away from us freaks due to commercial considerations.  The ol' houseshow might just be a memory in 2016 but the party is always raging at the Murray's house and I salute their service to good time RnR and the timeless art of getting wasted. 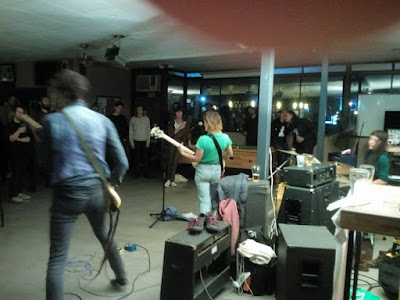 Bent's last state show before heading south on tour.  Good luck Bent! The week before I drunkenly took home this really nice green corduroy hat from Heidi's kitchen table and I was wearing it all week round town feeling fuckin' awesome but I felt guilty because it wasn't my hat and finally the guilt became too much so I couldn't wear the hat anymore so I returned the hat at this show and it wasn't even Heidi's hat it was Pam's hat.  Don't let me near hats or alcohol or rock shows or humans anymore.  If you read all of that instead of watching the video you're either more lost than I am or you are Pam finally learning where your hat went for a week.  BENT best Brisbane band 2016. 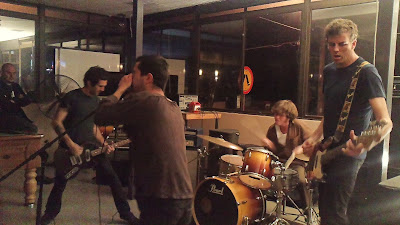 If any of our silly big city Brisbane rock bands are gonna hit a chord with the people of Ipswich it's gonna be CLEVER right? fkn right, and I reckon they hit that chord wholeheartedly.  Most of what's happening in Brisbane sucks at the moment.  I hold a boring theory that with every medium-large city like Brisbane the quality and integrity of bands will always go up and down over time but lately I gotta say Brisbane has been lame lame fucking lame.  That sentiment excludes the bands/people I'll support to the death - I hope you know who you are otherwise ask me to find out but really if you have to ask I probably think you are mediocre and only adding to the mediocrity of this town.  Clever is fighting the good fight and fighting it with integrity, passion, and wasted abandon and it is awesome to witness as just another drunken idiot in the crowd.  As a whole though the war is lost when it comes to this music of minds shit and I feel Clever know it too.  Prove me wrong kids.  Create something new and great above the cute tropical nightmare university rich kid pop that pollutes the front pages of this place I dare you.