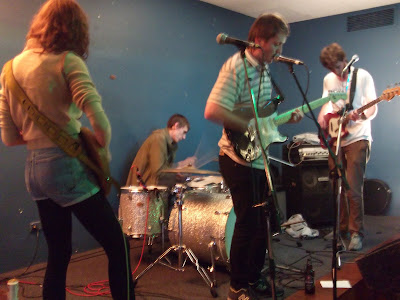 Raw Prawn are a great new band hailing from Sydney. Consists of members from Holy Balm, Whores, Circle Pit etc. This was the last song of their set at the Croatian Club in Newcastle for Sound Summit 2011. Some of the best stuff I've heard all year.

Posted by Matt Kennedy at 12:37 PM No comments:

It's been dead quiet around here the last 2 months. I guess I've been on a break or I'm just lazy or poor or something. Here's some recent music videos from some of the best bands Australia has to offer right now (in my fucked opinion). All are worth my time and maybe yours too.

Official video for the A-side of the upcoming RIP Society 7", Maths/Out Of Town. Out June 20.


BED WETTIN' BAD BOYS - Nobody Else

Video by Angela Bermuda - silvervideo.tumblr.com
Nobody Else 7" out June 20 on R.I.P Society Records. 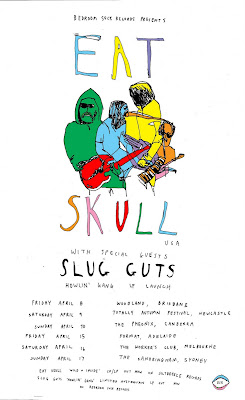 This is a shameless plug for something I've had a small part in putting together over the last 6 months. One of my favourite contemporary American bands Eat Skull are going to be touring our fine country in April. That's right, fuckin' EAT SKULL!

Slug Guts will also be joining them on all dates to launch their second LP "Howlin' Gang". 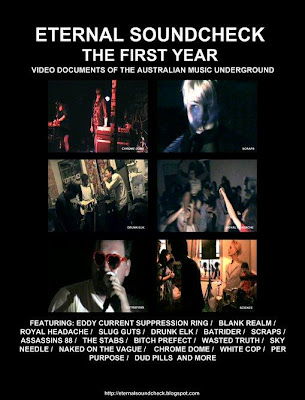 
Part 7
Brisbane - The Deadnotes with Everett True, Kitchen's Floor, Blank Realm
Posted by Matt Kennedy at 11:41 AM No comments: 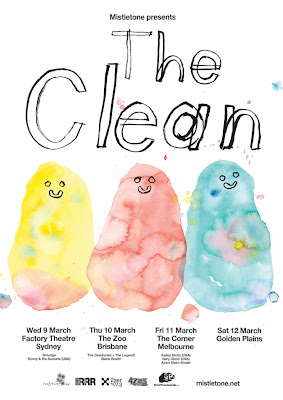 It's been something like 22 years since The Clean last played in Australia. (Yet the plane trip over from New Zealand only takes 4 hours, what the hell?!). Anyway I was damn excited, and damn exciting it was.

The Deadnotes were really tight and as Everett True stated during their set, "I'm just glad to here". Definitely one of the best times I've seen them.

Newcastle's Alps and Bare Grillz have spent a couple of weeks on tour in support of the new Alps album 'Alps of New South Wails'. Brisbane was their last show. Good dudes, fun times.


Thanks to Luke for lending me his camera.
Posted by Matt Kennedy at 10:27 PM No comments: 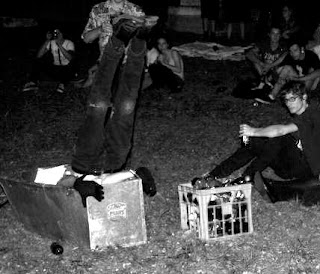 I just had a completely shit night of horrific sleep and I feel about as healthy and wholesome as this new video from Cured Pink. Filmed under Brisbane's William Jolly Bridge a few days before xmas last year, it is a soothing visual/audio companion to the inevitable doom. The live footage was shot by Katie Martin, the audio was recorded by Joel Stern. Highly recommended. 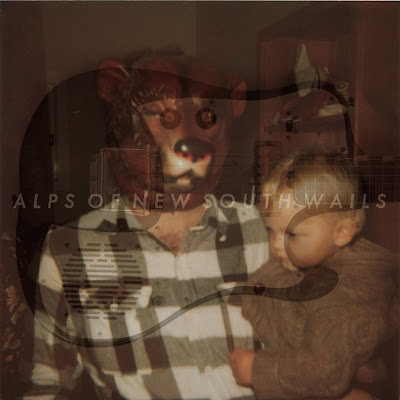 I'm really liking these two new videos/songs from Newcastle's Alps. They're off the soon to be released fourth album 'Alps of New South Wails'. It's definitely some of his best work so far and I have high hopes it's gonna be a hit. 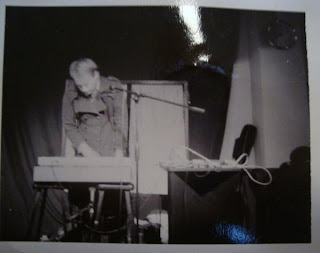 I'd also like to say a massive thankyou to everyone who has donated money towards a new video camera, it means a lot. Beers on me when I get everything sorted out.
Posted by Matt Kennedy at 6:17 PM No comments: 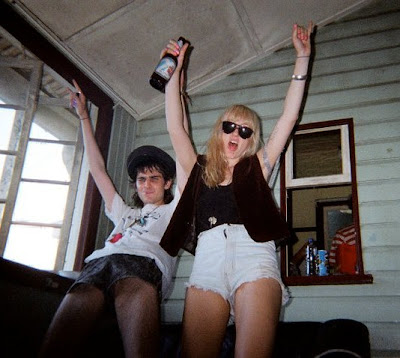 Hells yeah. For the first time in it's 19 month history Eternal Soundcheck is in 'Hi-Def' - courtesy of Blank Realmer Luke Spencer who lent me his sweet camera for the day. This show happened under my house and was a follow up to the first Deadshits Motel show in November. 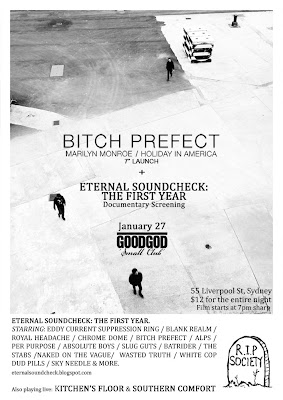 'The First Year' film is gonna be showing in Sydney at Good God Small Club on January 27th. It's also the 7" launch of Adelaide's Bitch Prefect, one of my favourite bands. Also playing is Southern Comfort (also a mega favourite) and Kitchen's Floor.


On a downer note, when I was in Melbourne last week both my video cameras were stolen along with a bunch of other stuff of mine that was keeping me relatively sane. I lost all the footage I had filmed while on tour as well, and you can't replace that shit. I basically can't keep doing this blog without a video camera so until I get another one there won't be much happening here. Depressing. You can help out heaps by donating some funds (Paypal button on your right), which will go towards a new camera. I'm extremely broke which is why I'm asking but as far as I can tell everyone is poor as fuck right now too so I don't expect anything. I just want to keep filming bands etc.
Posted by Matt Kennedy at 12:46 PM 1 comment: 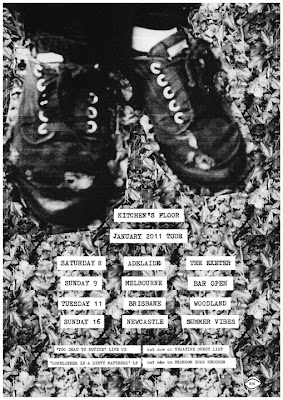 Shameful plug. My band Kitchen's Floor is going on tour this weekend. Very psyched that I get to play with some of my favourite bands, and I will try to get some awesome footage as well. 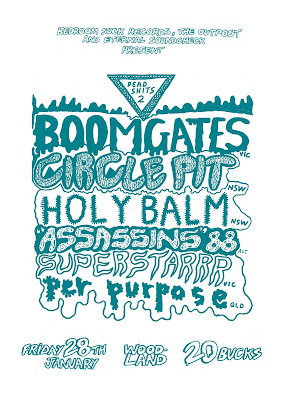 The second instalment of the Deadshits Festival series is happening at Woodland, Brisbane on January 28. Here's a preview of the line up we've put together and check out the facebook event for more info. Or just take my word for it that it's gonna be awesome and get your ticket here. 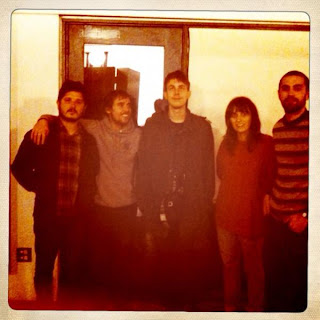 "With a lineup consisting of Brendan from Eddy Current Suppression Ring, Steph from Dick Diver and a rhythm section of members from Teen Archer and The Twerps, you know right away Melbourne’s BOOMGATES will be great. Their music is rich with goodtime summer vibes, listening to it makes you want to get out of the house more and generally be less of a shitty person. Debut 7” out now on R.I.P SOCIETY RECORDS." Myspace 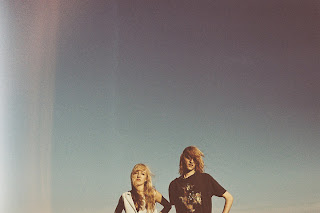 "CIRCLE PIT are a glam/scum/rock ‘n’ roll band from Sydney, Australia. Formed in 2008 by Jack Mannix and Angela Bermuda, they are now a five person gang consisting of Harriet Hudson, Al Haddock & Jeffrey Lewis, with Owen Penglis (Straight Arrows) occasionally making six. This is their first show in Australia since returning from a 40-date, 6-week USA tour promoting their new Bruise Constellation LP, out now on Siltbreeze Records." Myspace 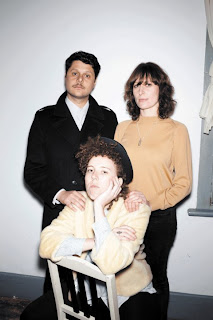 "Holders of the controversial title “the best band in the world”, HOLY BALM are in fact three humble young adults from Sydney’s inner suburbs. The only thing discerning these guys from your neighbours is that on weekends they happen to be the best freaking weirdo-electronic-dance¬band in the world. If you happen to like your dance music served with weird shit like butter prawns and oregano then this is for you." Myspace 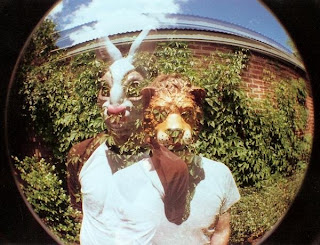 "ASSASSINS 88 are a two piece from Canberra that mix the Lightning Bolt aesthetic with 60’s pop sensibilities. Their debut album Go Go Second Chance Virgin was a worldwide blog hit of 2009 and the band have only gotten higher and higher since." Myspace 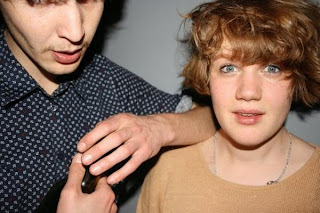 "SUPER STAR equals Kieran Hegarty and Esther Edquist, who make wandering, slow space songs. They combine synthesiser and guitar to make a type of music that is rhythmic, wonky and repetitive. Self described as “floating music”, these are slow rhythms, strange sounds and simple songs." Myspace

No Super Star footage sorry, I filmed them in 2009 but it didn't work out. They are awesome good though. 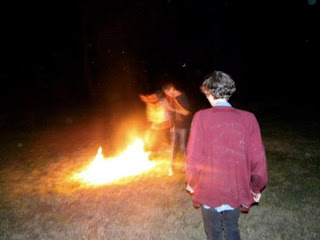 "PER PURPOSE are a three piece band of Brisbane that formed early this year in Queensland, in and of other acts and that. Their debut 7” Heil Progress is out now on B.S. Records, with a tour of Aus in Jan/Feb 2011 to support. Oh pretty please." Myspace

I've been sorting through a bunch of stuff I filmed during the time my laptop was dead and here's some footage from My Disco's Brisbane show in November, which was in support of their latest album 'Little Joy'. The song is called Sunray.

Posted by Matt Kennedy at 7:07 PM No comments:

Labels: BRISBANE, MY DISCO, THE ZOO 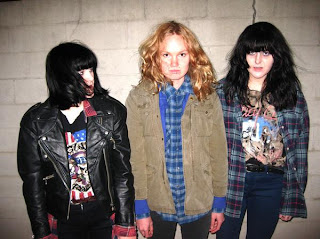 New music video from Melbourne's Acid Casualty. They broke up a few months ago after releasing a self titled 7". This video was filmed just before their split and I was lucky enough to get a copy of it to put on here. Shot in and around inner city Melbourne's infamous Barkley St. (also the home of Shaun South who even makes a cameo), the video shows the band scummin' around in their natural habit as their beer guzzlin', flannel wearin', chain smokin' Acid Casualty dude alter egos. Weird and awesome.


Edit: Three Thousand recently published a small article saying I was the person who made this video clip, which was a little awkward to hear. They got it wrong, I had nothing to do with it other than put it up on my blog. It was made by Hannah Schiefelbein who is way better at making stuff than me.
Posted by Matt Kennedy at 1:34 PM 1 comment: 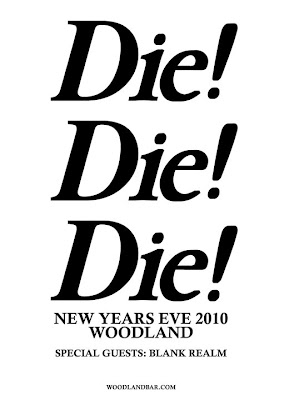 New Years Eve at Woodland with New Zealand's Die! Die! Die! and Brisbane's own Blank Realm. There were even balloons and stuff. I filmed Blank Realm but my video camera is getting pretty run down from years of brutal abuse and I haven't been able to put up that footage yet. Damn technology, the future sucks.


Posted by Matt Kennedy at 5:35 PM No comments: