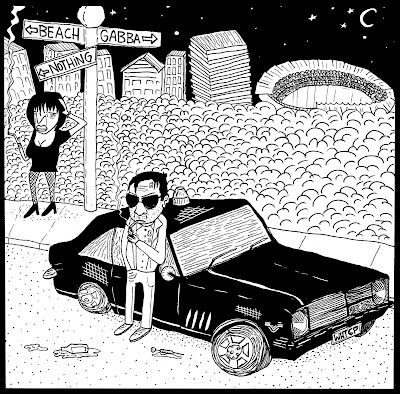 A few weeks ago Brendon came over and while enjoying some beer and wine we started talking fondly about our much hated toilet punk band WHITE COP, which had broken up almost 2 years previous. We laughed at all the stupid shit that happened but Brendon told me that White Cop was the best 6 months of his life. It was his idea of freedom I guess. The band consisted of Brendon on guitar, Bill on vox, Noob on bass and myself on drums. I don't think we played more than 5 shows but we managed to record a 4 song cassette in December 2009. We also (strangely enough) made a music video.


The video was mostly shot around a vacant lot in Woolloongabba, across the road from The Gabba stadium. January 2010 I think. Afterwards we walked to the Red Brick Hotel and filmed some other stuff (Bill ordering a beer, Brendon playing Keno) before getting kicked out so we walked down the road to the Clarence Corner and shot the bit where Noob takes a piss. It was filmed by Glen Schenau and then edited together by Andrew McLellan.

This is probably the best live footage of White Cop you're going to get (There isn't much). It was an awful venue in Fortitude Valley which I think we were banned from afterwards. The show was insane and awesome with Bill offending everybody in the room then breaking the microphone within the first few minutes. Things just kind of went in a natural direction from there.

The cassette will be re-released soon on a one sided 12" through Leather Bar Records. Until then: 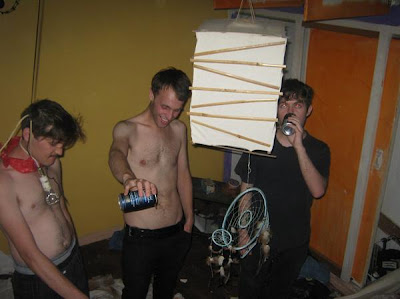